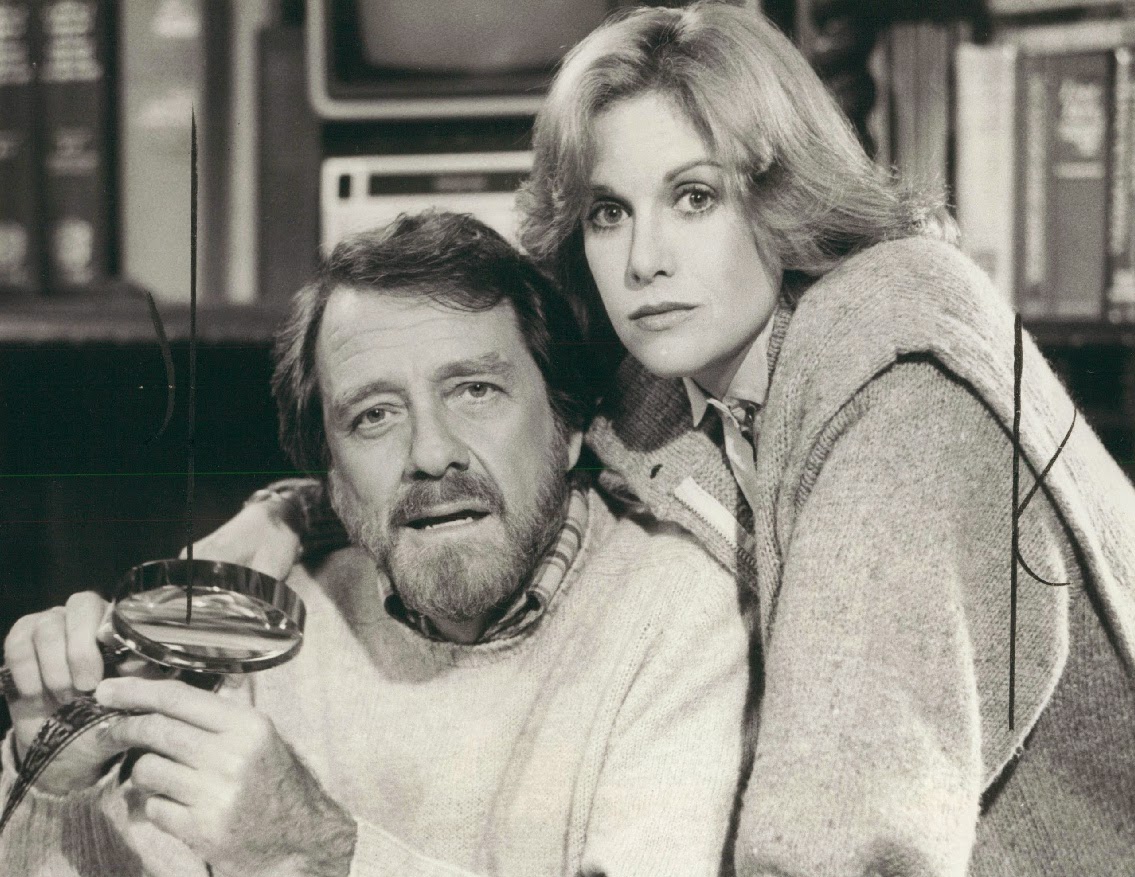 Richard Donald Crenna has his place in show business history as the star of Our Miss Brooks and TV's The Real McCoys, and ultimately, an actor whose career spanned half a century.

Crenna was born in Nov. 1926 in Los Angeles, the son of a pharmacist and a hotel manager.  He lived in a show biz town and he got into the act early, playing a recurring role in a radio show called Boy Scout Jamboree.

He didn't launch right into a career as a teen star, though.  Instead, he finished high school and fought in World War II.

After the war, not only did he get a chance to return to Boy Scout Jamboree, but he soon began playing recurring roles in the very best radio shows--mostly comedies--on the air.  These included The Great Gildersleeve, The Burns and Gracie Allen Show, and
My Favorite Husband.

In 1948, he began playing Walter Denton on the hit show Our Miss Brooks.  Eve Arden played the title role, that of a headstrong high school teacher, and Gale Gordon and Jeff Chandler also starred.  Richard, war vet though he was, had the ability to sound younger--Walter was one of Miss Brooks' (Eve Arden) students.

Before long, he began a career in television, starring in Slattery's People and playing many recurring roles.

But his chief second career was in movies.  He appeared in more than twenty movies in his life, some TV movies, but mostly feature films.  Some of these include The Sand Pebbles, Double Indemnity, and Body Heat.  He often played soldiers or police officers, no-nonsense, conservative men.

Having been a yeoman worker for decades, and probably little-remembered for his radio roles, Crenna received a jump start in his career by landing a role in a film called First Blood.  Little could he have known at the time that this movie would become part of a franchise, and would make Sylvester Stallone an even bigger star than he'd been in the wake of his Rocky films. Crenna played  Colonel Samuel Trautman, the trilogy's main character, second to Rambo.

Crenna acted until the end of his life, playing a recurring role in the TV series Judging Amy at the time of his death.

He left behind his wife and three children.  His son, Richard Anthony Crenna forged a bit of an acting career of his own, playing several roles, mostly in minor films and TV series. He died of heart failure in 2003.